The Feedback Loop (FBL) and other usage 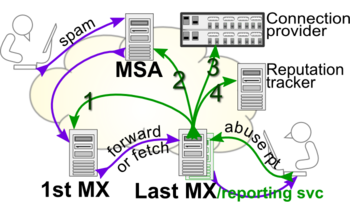 Hypothetical path of an abuse report (green) after submission.

A DSN may be a MIME